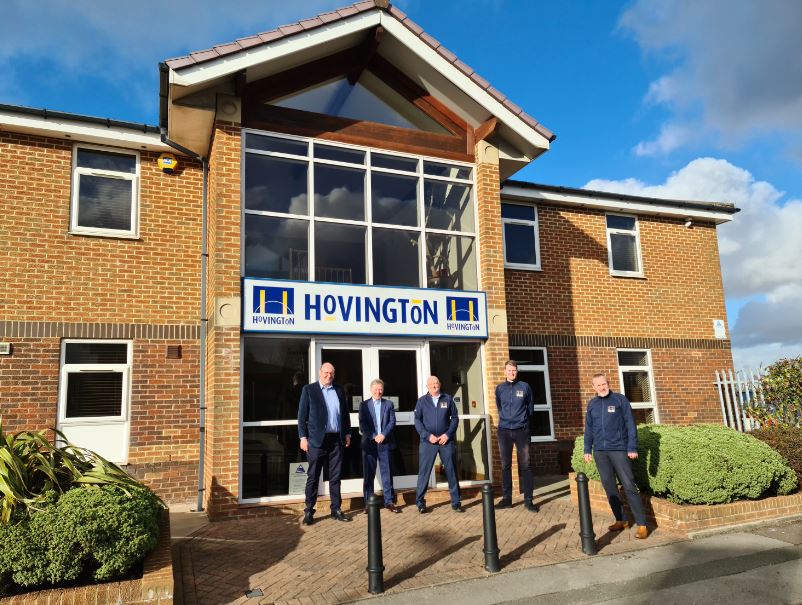 A Rochdale civil engineering company has marked its 40th anniversary by announcing a management restructure. Hovington was established in 1981 and has evolved into a specialist groundwork, highways, remediation, utilities and drainage contractor working across a number of sectors including retail, industrial, commercial, public sector and student accommodation.

Jack Maloney, who is the third generation of his family to work for Hovington, said: “Hovington has been in my blood all my life. I remember coming in from the age of five or six helping my Dad around the office. “Martin and Dad decided that in the year of our 40th anniversary now was the right time for them to step away. They’ve built the foundations and values of today’s business and I’d love nothing more than to add another 40 years to the Hovington legacy and hand it on to the next generation.” Managing director Nick Green described Hovington as one of “the North West’s best-kept secrets”.

He said: “Ironically, you don’t see a lot of what we do because a lot of our work tends to be buried. IKEA in Sheffield is a good example of the type of projects we undertake. It’s a very imposing building but our job was to take a former foundry site and get the land ready for an IKEA to be built on. It was worth £4m to us.”

The company have been involved in string of varied projects including the groundwork for the retail and leisure destination Rochdale Riverside, the infrastructure for the newly refurbished JunctionNINE Retail Park in Warrington, the car park and external works for Hopwood Hall College in Rochdale, the IKEA store in Ashton, works at Oldham College and creating the structure that Manchester’s famous archway in Chinatown is built on.

The company has also secured a £1m plus fast track contract to carry out the groundworks on a major logistics hub in Stoke for GLP Gazeley Properties & TSL Projects. The management team are hoping to use this as a springboard for the planned growth moving forward.

Mr Green said: “We work across the North but we do a lot of work in our hometown of Rochdale alongside the likes of other Rochdale businesses including Alderburgh; Solutek; Ken Taylor Supplies; Marshalls Quarry Products; PPC Concrete Products, Zen Internet and Takeuchi.”

He said the company was looking for growth in 2021 and would be working with Willmott Dixon on the second phase of Rochdale Riverside, which includes plans to build 220 apartments and a new hotel.
“It’s fantastic to see the regeneration of the town centre and I genuinely believe the best days are ahead of us,” he said.

“As a company Hovington is incredibly proud of what we’ve achieved in the last 40 years. Our focus now is on building on that and looking forward to the future.”