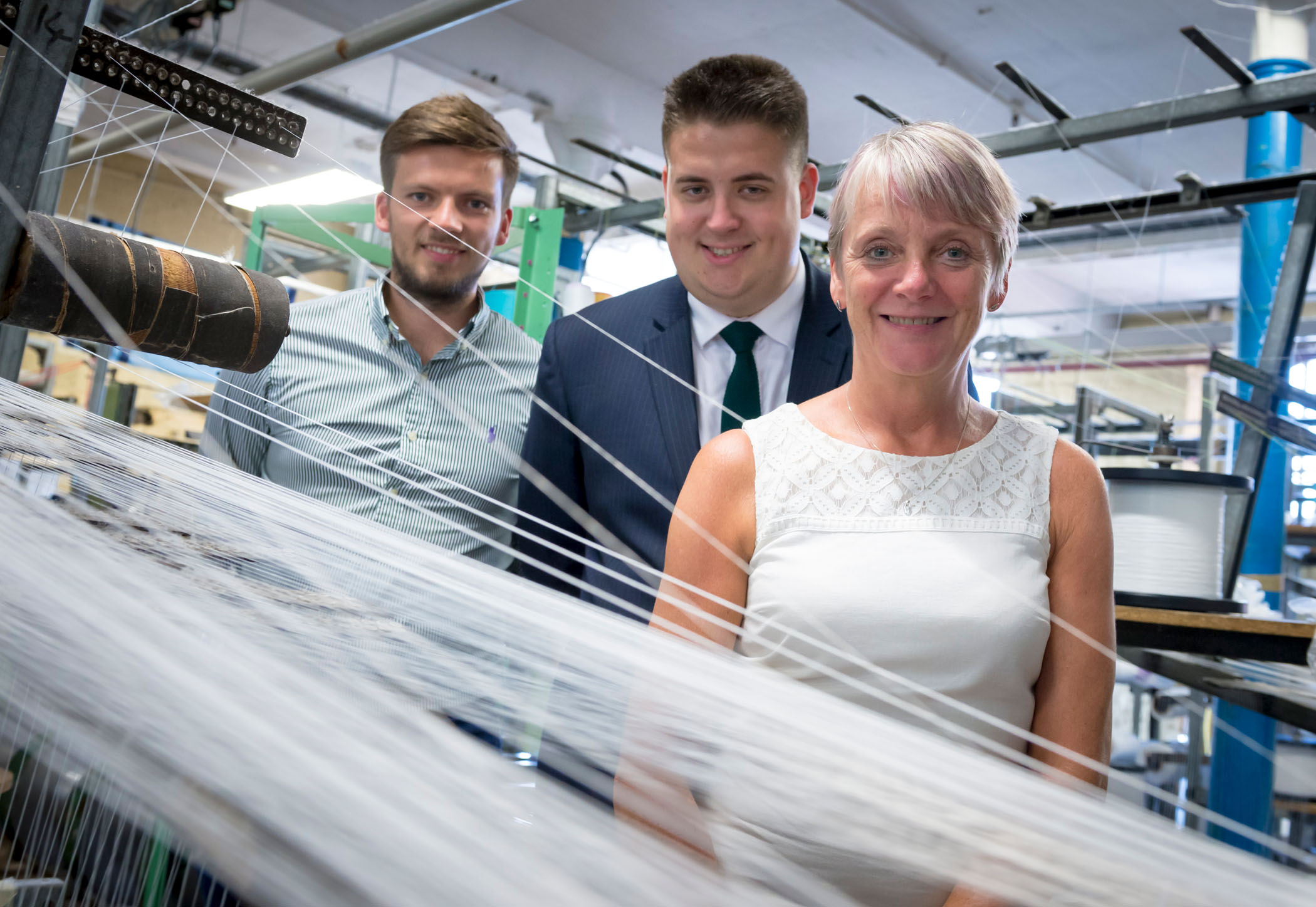 A Rochdale textile company which was founded nearly 150 years ago is looking for staff to help meet the growing demand for the ‘Made in Britain’ brand.

The company has sewn up the market, being one of only two in the whole of the UK to specialise in narrow width weaving, which creates curtain tape.

And now, after spending £400,000 refurnishing the mill to meet growing demand, they’re working with the council’s employment links team to track down job hunters who want to be part of the great British textile revival.

The company is part of the Bolton Textiles group. Managing director Josh Dawson (24), said: “The Made in Britain brand is really strong now. People know they can get better quality for not much money and we export all over the world. We had six major customers a few years ago and now we have 30.

“We’re looking to recruit 20 people really quickly. While we use traditional weaving and sewing methods, there’s a lot of IT work involved and our operatives often accompany us on buying trips to places like Dubai and Germany because they know the machines far better than us. There’s also a promotion ladder, so people can move up within the company.”

The company, which gets all its raw materials from Scotland, was also recently commissioned to soft furnish a £23m penthouse in Blackfriars, London.

And the business may be more than a century old, but it’s looking at some very modern ways of saving money, having worked with the Business Growth Hub to gets grants to install an environmentally friendly biomass boiler, LED lighting and solar panels.

The Business Growth Hub, which is part funded by the Greater Manchester councils, offers free expert advice to businesses in a number of areas, including growth, marketing and sustainability.

Councillor John Blundell, cabinet member for regeneration at Rochdale Borough Council, said: “It’s great to see the cotton manufacturing tradition, which Rochdale is so famous for, enjoying a resurgence.

“I’m pleased that Josh has chosen to stay in Rochdale as his business has grown. His decision to build his company here means almost half a million pounds worth of investment into our borough and 20 new jobs for local residents, which is fantastic news.”

Businesses which would like to find out more about the advice and support which is available in Rochdale can contact: 01706 927000 or email info@investinrochdale.co.uk