Royal award for Rochdale company at the cutting edge of technology 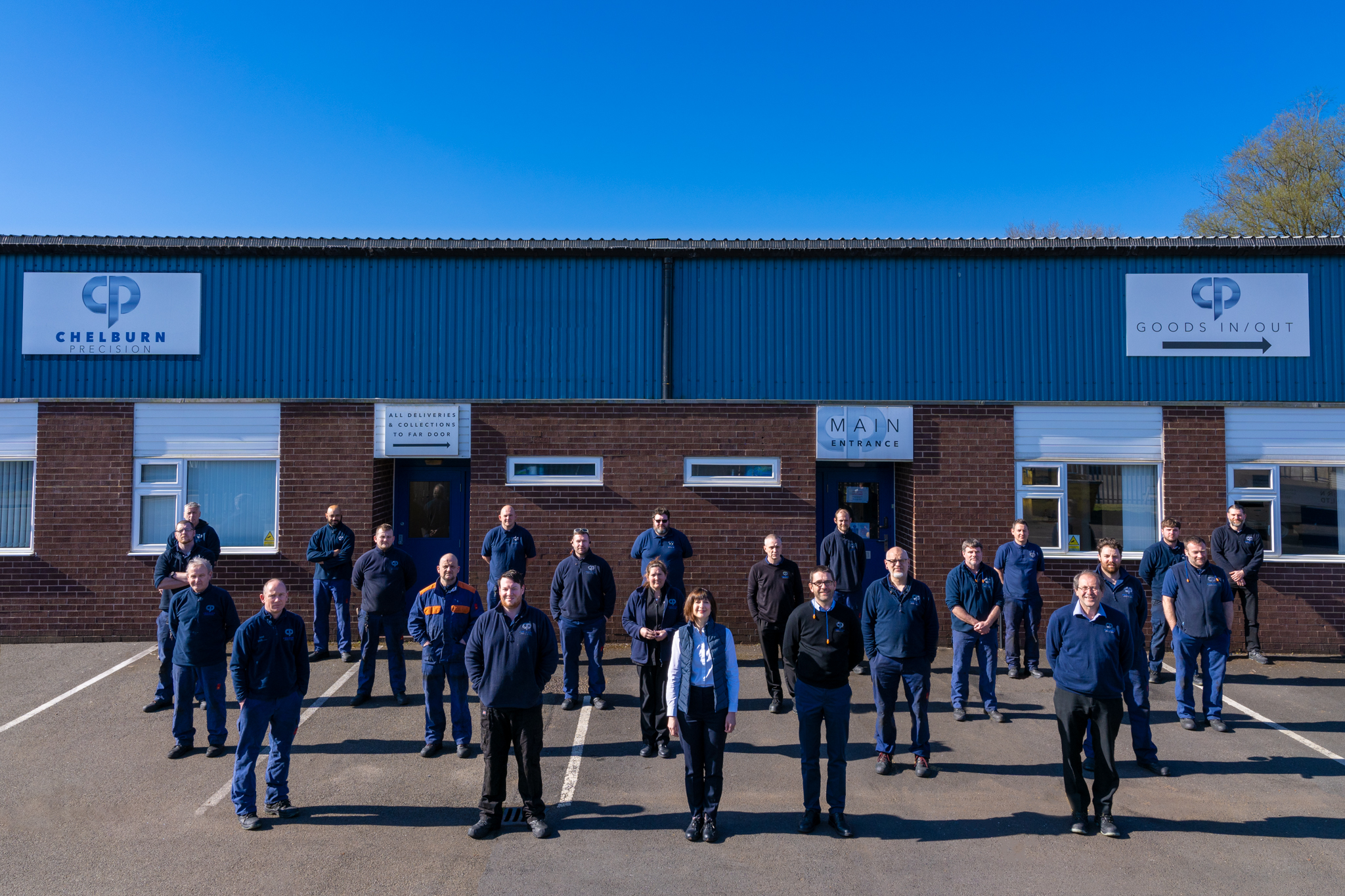 A Rochdale company has won the UK’s most prestigious business award after its overseas sales rocketed over three years. Engineering company Chelburn Precision Ltd has won the Queen’s Award for International Trade. The company’s overseas sales have increased fivefold in three years – from £360,000 to £1.7m – primarily to the USA and mainland Europe.

It also estimates that 95% of domestic sales are ultimately exported as many of the company’s UK customers deliver their products overseas. Chelburn’s total turnover is now more than £5m.
Chelburn director Katie Travis says the success is due to its investment in the very latest machinery which, combined with a highly skilled workforce, means it has carved out a niche for its specialised production services both in the UK and overseas.

She added: “Every project we do is unique so it needs great technical and problem-solving skills.”  The family company - founded in Rochdale in 1982 by Roger Travis and now run by his son, Neil - is rapidly building a reputation as a global leader in its field.

It takes engineering to an incredibly high and precise level, manufacturing key components in one-offs or batch quantities for machines needed in industries such as rubber and plastics, paper converting, oil and gas, industrial gear boxes, printing and canning.

Among many landmark achievements, Chelburn made prototype parts for the Joint Strike Fighter programme which developed a new generation of fighter and ground attack aircraft for the United States, NATO and other countries including the UK. Production of this aircraft began in 2006.

With its broad spectrum of customers, Chelburn’s products range from complex pumps for the oil and gas industry - weighing as much as eight tonnes - to clutch shafts for paper converting just 60mm in diameter. The key is precision and measurement tolerances can go down to 0.01mm.

Most parts are made out of stainless steel, aluminium and cast iron and Chelburn now has more than 130 suppliers for all the components needed for its projects.

The company is continually moving forward with the latest technology, recently investing £1.6m in three of the very latest computer-controlled machines to make sure every project is done to the highest quality and as efficiently as possible.

Katie said: “The end result is that the service we provide is difficult for others to replicate – certainly foreign providers are behind the curve - and UK competition has slackened due to lack of investment, driven in part by risk-averse financing decisions. Our commitment to technology means we can deliver on cost and support customers in managing production schedules, both of which are key success criteria. The service we provide is, quite literally, right at the cutting edge.”

Katie believes the success of the business is ultimately down to the talent and skills of its management team and workforce. The company has worked hard to modernise its staff welfare policies and invested heavily in improving health and safety over recent years. Keen to attract more young people into engineering, Chelburn is also in the process of establishing a work experience programme with training and apprenticeships company Rochdale Training.

“We are the kind of traditional industry that forms the backbone of British manufacturing in the north and we are thrilled to receive Queen’s Award recognition, particularly now in the wake of the pandemic,” Katie added.

“Covid has been an exceptionally challenging time for us. Furlough was not an option because we knew we were critical suppliers to some of our biggest customers and so it was crucial we played our part and maintained the supply chain. As a company, we are proud of that achievement. Coronavirus has had a big impact on our staff, with illness, shielding and many juggling working life with the demands of home schooling. To receive the award now is a great recognition of all that effort, commitment and teamwork.”

The Queen’s Awards are the highest any business in the UK can receive and the winners are traditionally announced on the Queen’s birthday, April 21, but were delayed slightly this year due to the sad loss of Prince Philip, the Duke of Edinburgh.

They are given for outstanding achievement in the categories of innovation, international trade, sustainable development and promoting opportunity through social mobility.