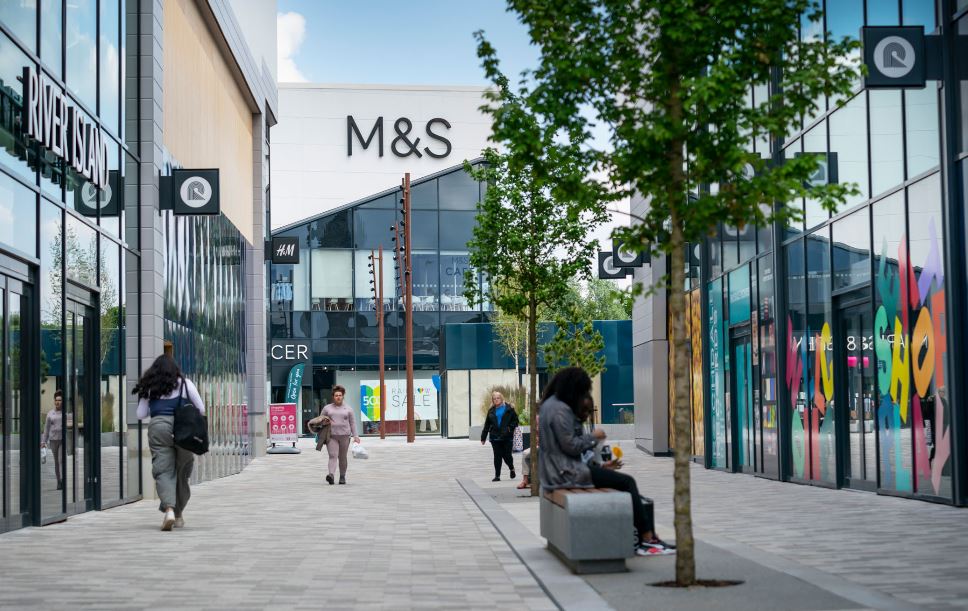 Rochdale’s flagship shopping and leisure development, Rochdale Riverside, has been named commercial development of the year at the Insider North West Property Awards.

Judges said that in this category, scale, complexity and impact were crucial and that the Riverside development was a ‘slam dunk’ on all three fronts. They also commended the developers for their ‘tenacity and will’ to make it happen.

The Riverside development has gone from strength to strength since opening in April last year, despite the economic impact of the pandemic.

Anchored by M&S, it comprises a mix of major retailers, including River Island, Next, H&M and Boots, as well as leisure operators like Reel Cinema, Puttstars, Bean Coffee, Greggs, Heavenly Desserts and Dunkin Donuts.

Nandos, New Look and Loaded Burgers have also joined the line up and are expected to open their doors before Christmas.

The Riverside scheme was created as part of the wider £400m regeneration of Rochdale town centre, which has been delivered by Rochdale Development Agency (RDA), on behalf of the council.

The project includes the reopening of the River Roch and the creation of a brand new transport interchange, as well as the ongoing restoration of Rochdale Town Hall.

Councillor John Blundell, cabinet member for economy at Rochdale Borough Council and member of the RDA board, said: “I’m really proud that our successful track record in working with partners to deliver game changing schemes has been recognised in this way.

“This Riverside development has helped transform Rochdale town centre and has proved a hit with residents, with visitor numbers steadily climbing, despite the obvious challenges faced by high streets up and down the country this past year. The scheme has already created a number of jobs for local people and will play a major role in our borough’s covid recovery, as well as continuing to boost our economy in the much longer term.”