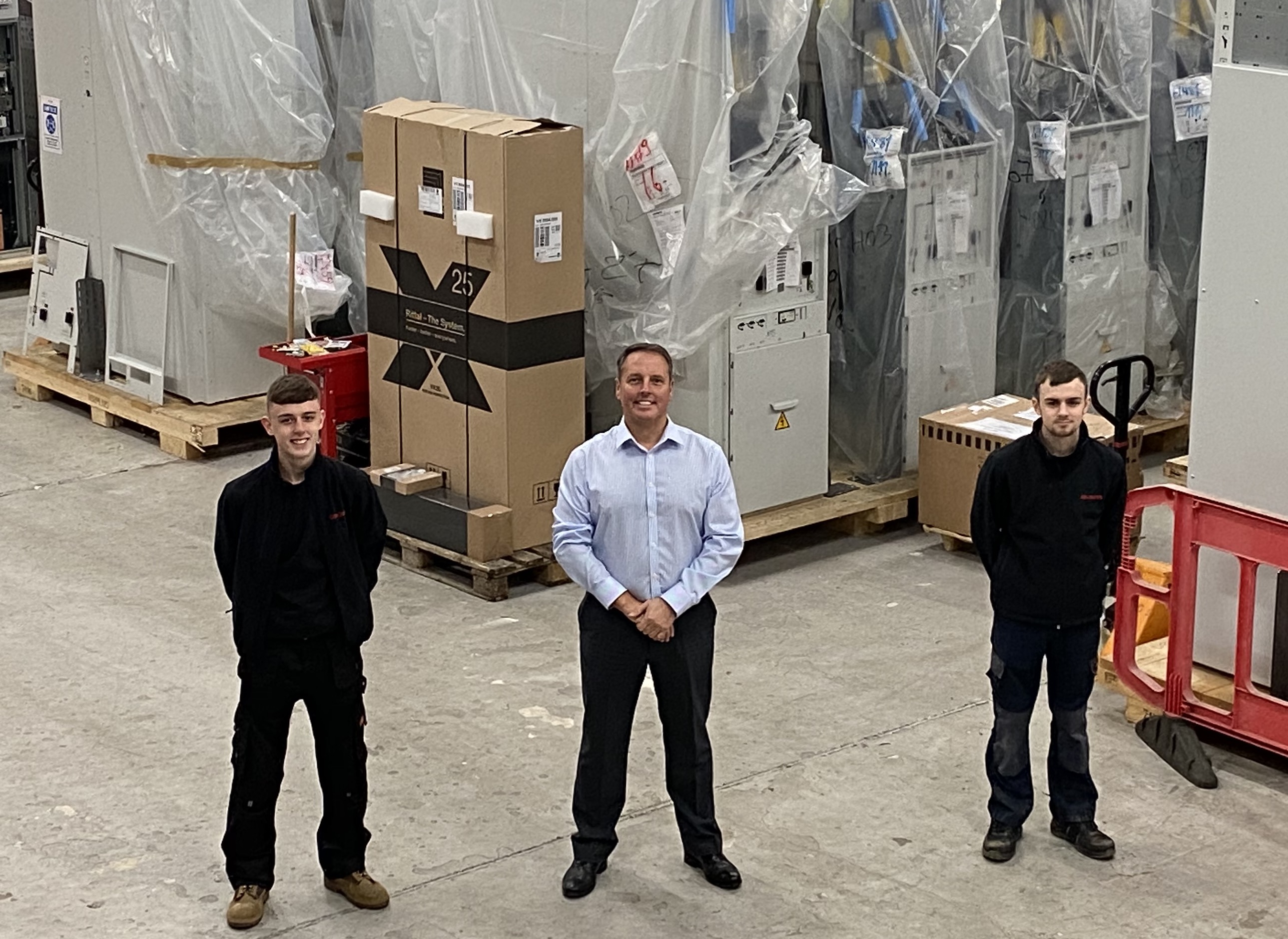 A Rochdale business has recruited five new staff – including two 16-year-old apprentices – as it presses ahead with its growth strategy.

Paul Simkiss founded Simkiss Control Systems in 1999 but set up a second business – Simkiss Home Automation – in 2017 after spotting a gap in the market when he installed smart tech in his own farmhouse.

The two businesses are based at Bentley Avenue, on Stakehill Industrial Estate, and reported a combined turnover of £6.7m for the 12 months to September 2020. Despite being hit by the pandemic the business has grown its workforce to a record 71 with 16-year-old apprentices Jack McWilliams and Harrison Smith joining from Rochdale Training.

Mr Simkiss said it was vital for companies to invest in apprentices – now more than ever. “We normally take one apprentice on a year but we made a conscious effort to take on two this year and Jack and Harrison are proving themselves to be highly motivated and wanting to learn.

“It’s critical that we take apprentices on. Our industry has an aging workforce and if we don’t bring apprentices through you end up with a skills gap. Apprentices are our future.” The company has also recruited a project manager and two other staff to assemble the control panels.

Mr Simkiss said the company had experienced a ‘rollercoaster ride’ in 2020 because of Covid-19 but revenues have returned to pre-pandemic levels. He said: “It was a worrying time. We furloughed a number of staff but rotated it to be fair to everyone. “A lot of companies put projects on hold but the gas side of the business performed well and we’ve got an order book until March 2021, which is a lot longer than normal. “We started bringing staff back in May in a controlled manner and the business performed well between July and October.”

Mr Simkiss said it was great to be part of Rochdale’s resurgence. “Rochdale is a town in transition and it’s definitely moving in the right direction,” he said. “We’ve still got ambitions to grow and being based in Rochdale is good for our business. It’s an exciting time for the borough.”

In September Hopwood Hall College announced plans to train 300 new apprentices in the next 12 months at the launch of its ‘Build Back Better’ pledge.