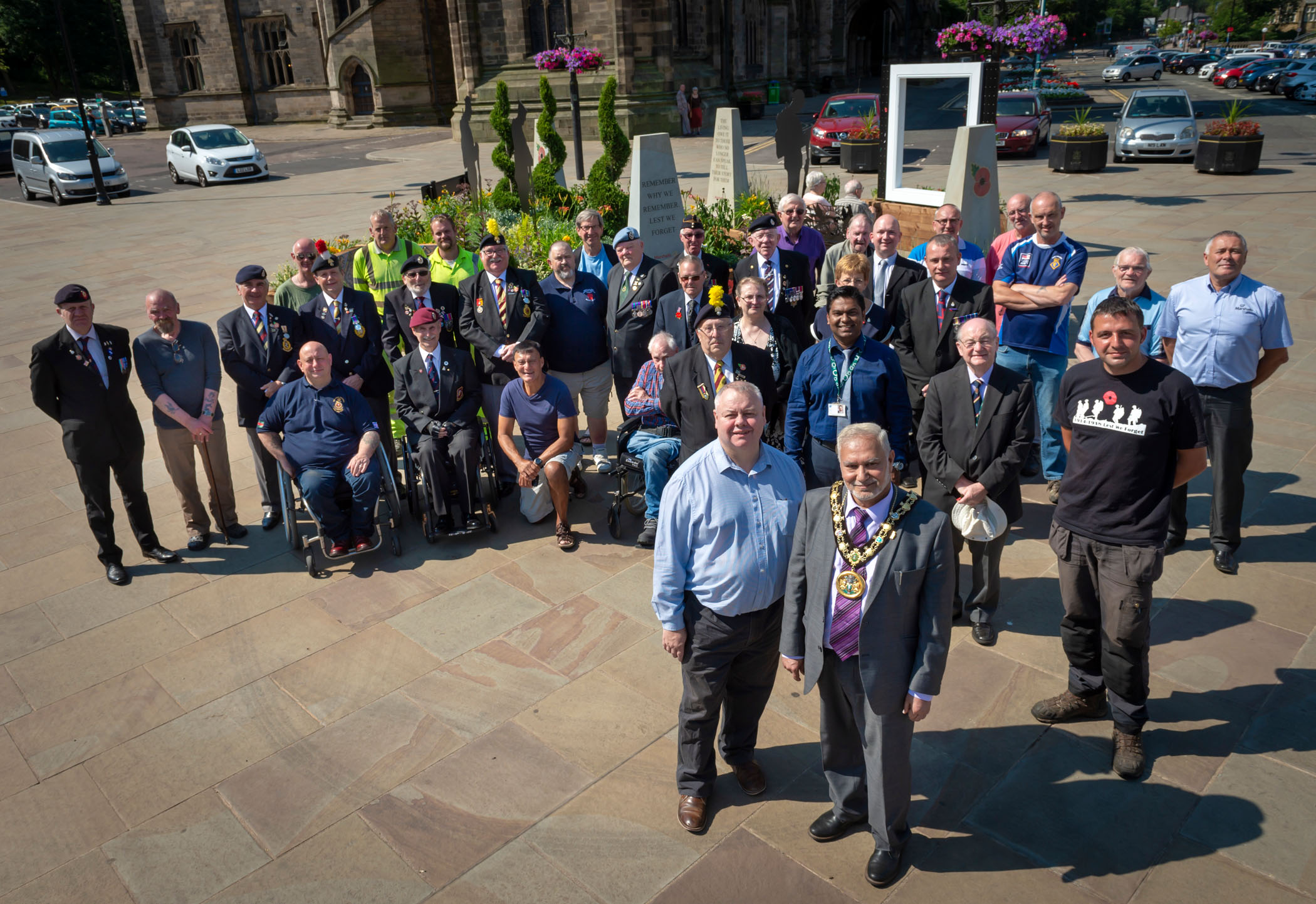 Rochdale has scooped a top award at the biggest and most prestigious horticultural competition in the country, Britain in Bloom.

The borough’s blooming beautiful floral displays and gardens earned Rochdale a gold award, which was announced in a ceremony in Belfast tonight.

Rochdale went forward to the national finals after being chosen to represent the North West in the ‘small city’ category for the first time following a visit by the judging panel last year.

The Royal Horticultural Society (RHS) judges visited Rochdale back in August and were impressed with the stunning displays, which were inspired by the First World War, to mark its centenary and honour the 16 million people who died in the conflict.

As well as the council, community groups, schools, businesses and residents all took part in creating the displays.
Britain in Bloom began in 1963 and is the longest running gardening competition in the UK. As well as encouraging people to create striking floral displays, the competition aims to increase the number of people involved in gardening and horticulture and educate people around sustainability and the environment.

Judges award points based on a strict criteria, which is weighted between floral displays (50%), community engagement (25%) and the environment (25%).

Councillor Neil Emmott, the council’s cabinet member for environment, said: “I’m thrilled Rochdale has achieved gold at our first ever appearance at the national Britain in Bloom awards.

“While people only notice when the flowers are in full bloom, volunteers and the council work all year round on this project, cultivating thousands of plants from seed and maintaining them once they’re in place. We’ve been impacted by a particularly hot summer this year, which has required significantly more watering than usual, so to achieve this high standard is a true reflection of the passion of the whole team.

“This award is a testament to what can be achieved when we work collaboratively in Rochdale and I would like to offer my personal thanks to all those involved. What’s particularly important is that this work is valued by our residents, many of whom have told me how fantastic all the displays look.”

Roy Down, chairman of Rochdale in Bloom, added: “The awards in Belfast are the culmination of many years of hard work. The honour of representing not only Rochdale, but the whole of the North West in the Small City category, is simply an amazing achievement.

“Hopefully, this level of recognition can be the catalyst for the future development of In Bloom in Rochdale. The last few years have seen an impressive partnership develop between volunteers, community groups and Rochdale Borough Council. This partnership is the envy of many other towns who find this level of co-operation hard to achieve.

“On behalf of Rochdale in Bloom I would like to thank the many unsung heroes of environmental management, who really raised the bar over the last few years. Furthermore, the input from our local councillors has been crucial; their support for In Bloom has made sure that our aspirations became a reality.

“Let’s hope this success in Belfast will help lead Rochdale to greater success at the upcoming North West in Bloom Awards on the 2nd of November.”

Results for the North West in Bloom regional competition involving all four Rochdale Townships are announced at Southport on 2 November 2018.