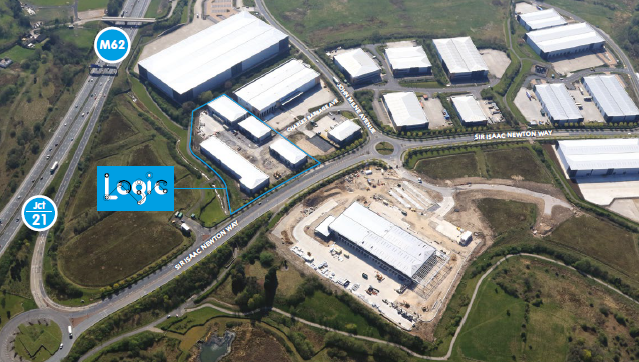 An 11-unit business park in Rochdale is now completely full – securing 130 jobs in the borough.

The council secured rent of £7.5 per sq ft and say Logic safeguarded 47 jobs and generated 83 new roles in the borough.

Cllr John Blundell, an RDA board member and Rochdale Council cabinet member for Regeneration, said “We recognised that the market was only catering for the big units and we felt SMEs also wanted great facilities and a fabulous location,” he said.

Barnfield Construction built the units with Wilson Bowden acting as project managers. The retained agents were BC Real Estate, Barton Kendal and JLL.
Logic was built speculatively and bought by Rochdale Council and is managed by Rochdale Development Agency.

Cllr Blundell said: “There simply weren’t many speculative developments of units of this size being build when we committed to Logic.

“We didn’t want to miss out on the logistics market because the location lends itself to that and each unit is equipped with a 4.8 metre high door to allow an artic lorry to drive in.

“Most of the interest came from businesses that were looking for a regional or North Manchester presence.

“What we found was that the occupiers tended to be existing Rochdale businesses looking to upgrade or companies that wanted to move to Rochdale to take advantage of the connectivity, infrastructure and labour pool.

“The units look great and the feedback we’ve had from occupiers is that their clients are staff are similarly impressed.

“Without the council’s support Logic wouldn’t have happened but we’re not resting on our laurels because we know there are lot more businesses looking to expand or relocate in Rochdale.”

“We’re working with some of the biggest names in the automotive, aerospace and nuclear sectors so it’s vital our facilities reflect our ambition to be a world class business in the industry,” he said.

“We took the space at Logic primarily because of its location next to the M62 and its impressive appearance. When we bring clients to the facility it’s important that our facilities create the right image for the business.

“Rochdale Council and Rochdale Development Agency assisted us in finding our first facility in 2004 and helped us find these units at Logic. They’ve also helped us find apprentices. We’ve always been based in the town and there’s a lot of positivity around Rochdale especially manufacturing. Some of the technology we have is second to none.”

Situated just off junction 21 of the M62, the cities and airports of Manchester and Leeds are within 30 minutes and 45 minutes respectively. Kingsway Business Park also has its own Metrolink station providing direct access to Manchester city centre and beyond.