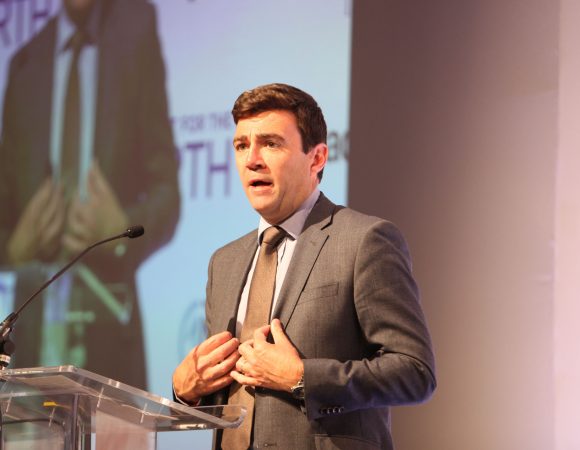 On Saturday the eyes of the footballing world descended on the Crown Oil Arena for Rochdale AFC’s third round FA Cup match with Newcastle United. An equaliser by 40-year-old Aaron Wilbraham, created by 17-year-old substitute Luke Matheson, earned League One Rochdale a replay against their Premier League opponents.

Among the bumper crowd of 8,593 was Greater Manchester Mayor Andy Burnham, who took the opportunity to highlight some of the good work taking place in Rochdale – including the football club.

“In many ways the test of devolution in Greater Manchester will be what it can do for towns like Rochdale. It’s brilliant to see the town centre beginning to change and the new investment beginning to come in.

“I predict a very, very positive future for Rochdale. Transport wise it has better connections than most and I think it’s got real prospects with regards to regeneration.

Placemaking is crucial to Rochdale and Burnham said the make-up of town centres are changing. “We all have to be prepared to rethink town centres,” he said. “Stockport has got a Mayoral Development Corporation and they are replacing some of their business premises with residential. I think some of that could, if the council want it to, happen in Rochdale.

“There will be demand for modern town centre apartments here and then people can easily access the city centre. It’s about bringing jobs here definitely but I think people shouldn’t shy away from the idea of residential development regenerating the town centre.”

The Mayor identified the opening of Rochdale’s £80m Riverside retail and leisure development later this year as being a game-changer.

“It’s great,” he said. “In town centres, if the retail is going to be smaller, which I think it is, shrink it to a really high-quality core offer. That’s what the council is doing and that’s the development we can now see taking shape. It’s a big statement. The council has backed their own town. The quality of the names they’ve got coming into that development show that they were right to do that.”

Burnham, who is a well-known fan of Everton, said the expulsion of Bury from the Football League, highlights the importance of football to towns like Rochdale and Bury.

“It was fantastic when Luke Matheson scored against Manchester United in the Carabao Cup earlier this season and was back at school the following morning doing his GCSEs.”

The latest business news from Rochdale.