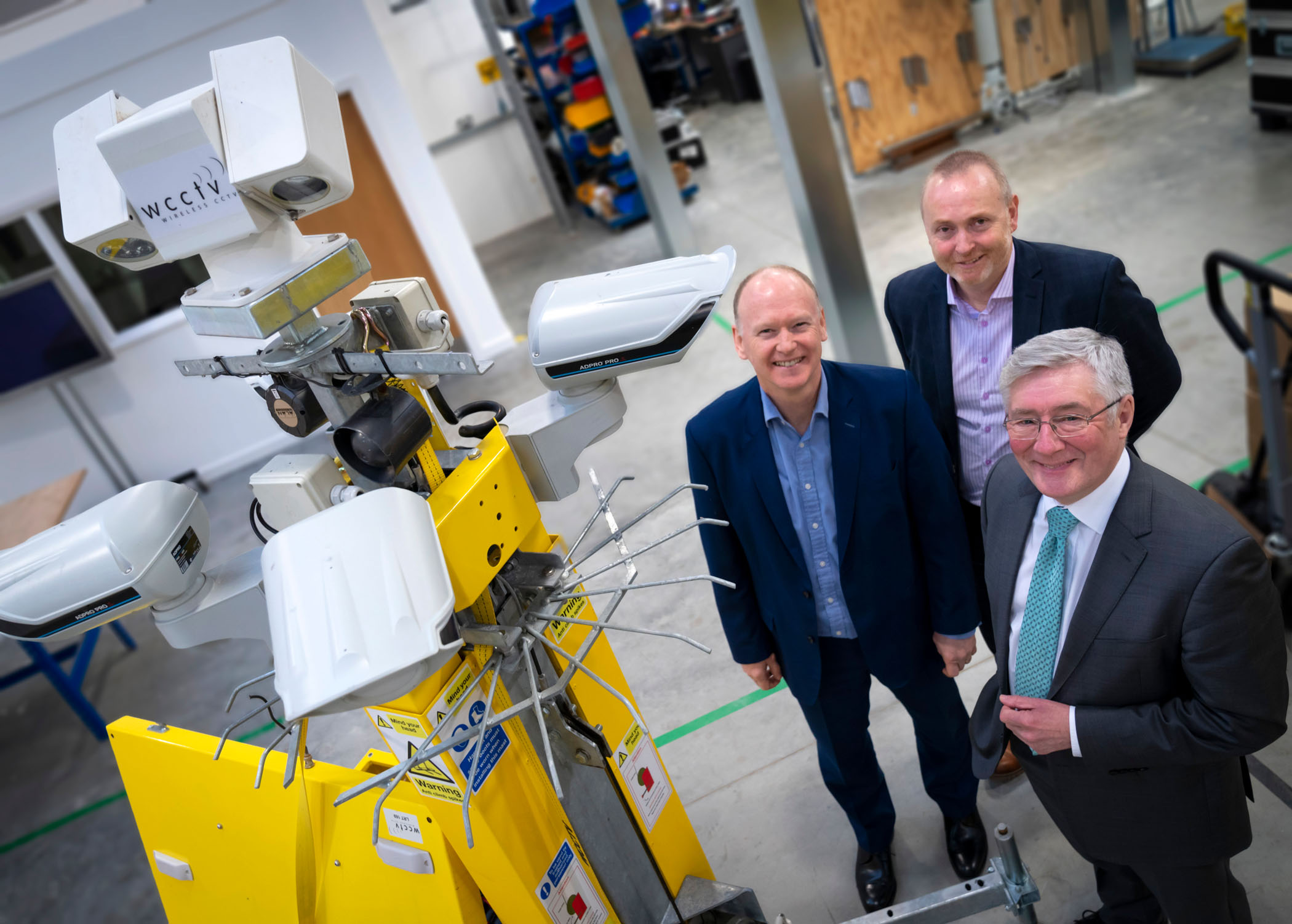 Major CCTV company sets out its vision for growth

Rochdale’s own WCCTV has a laser sharp focus on further expansion this year, after securing major new contracts worth over £3m.

The company, which is the market leading operator for CCTV and body worn cameras, has just bagged contracts with a number of major retailers after developing the world’s first 4G body camera with live transmission.

The company shared the good news during a visit by Rochdale MP Tony Lloyd to their global headquarters at Kingsway Business Park, which the council helped them move into in 2015.

The technology, which is being exported around the world, has bagged a number of international industry accolades and has helped fuel massive investment into their Rochdale base, as well as creating new jobs.

“We’ve invested a lot in this base because we’ve got the space to expand as the company grows. Between buying the building and repurposing it to accommodate our expanding workforce, we’ve invested almost £2.5m.

“We’ve got a fantastic site here at Kingsway and a really good skills base in Rochdale. Around 10 per cent of our staff are apprentices and many end up in management roles.”

The company was named the business of the year (turnover more than £5m) at the Rochdale Borough Business Awards in 2016. Its customers include local authorities up and down the country, National Grid and Network Rail, as well as major retailers, who are looking to the next generation of body worn cameras to help protect their security staff.

Rochdale MP, Tony Lloyd, said: “I really enjoyed my visit to WCCTV and meeting their Rochdale team, particularly the apprentices. Rochdale has a record of world class innovation and it’s great to see that local companies are continuing this tradition with groundbreaking products that are used around the globe. All this means more investment in Rochdale and jobs for our local residents and that’s something I’m very proud to see.”